Omrix Biopharmaceuticals specializes in the development and manufacture of life-saving products based on human plasma. Founded in 1995 by Mr. Robert Taub, Omrix was acquired in 2008 by American pharmaceutical giant Johnson & Johnson, one of the world’s largest healthcare companies employing roughly 118,000 people around the world. Omrix’s products are based on a unique patented technology and are sold throughout the world. Using advanced biotechnological and human-plasma-based products, their solutions help control bleeding during surgery and people with immune deficiencies. Omrix Plasma Fractionation Institute (PFI) manufacturing facility in Kiryat-Ono, Israel produces Fibrin, Thrombin as well as other plasma derived drug substances.

The Clean-in-Place system was required to perform a variety of targeted line and process vessel cleans. The system needed to be much more flexible and efficient in view of process segregation, optimum CIP system occupancy & to support the manufacturing operations with full automated CIP operations. Working closely with the Omrix, a number of multi-disciplinary meetings were help in which the project aims and objectives were identified to ensure that all expectations were appropriately aligned. The new CIP systems needed to integrate with the plant wide automation system and communicate with the PW System and the WFI System. The Control system was to be a standalone system, to serve the cleaning-in-place of process vessels and associated transfer lines and would need to be interfaced to the existing main control system. The existing control system was based on Siemens S5 architecture using SINEC H1 communication protocol and the automation team at Suncombe, were tasked with developing an interface for seamless integration between the Siemens S5 and Siemens S7 Systems which were used on the new equipment. Working very closely with the client’s automation team a detailed interface was developed which required a significant number of interface signals for any one of the unique, 45 cleaning recipes and was fully tested in the UK and Israel to ensure optimum operation with a simple, trouble free changeover. The Suncombe systems were required to seamlessly integrate with the existing process plant.

Once the P&ID had been constructed, reviewed and approved by all parties, detailed 3D design could start on the project. Regular and frequent meetings/teleconferences allowed project progress to be monitored closely, and feedback from all parties could be incorporated as appropriate. Collaborative working ensured that all elements of the proposed system satisfied the design intent, and over a number of iterations, a final mechanical design evolved incorporating compliant line gradients, minimised line dead-legs and millimetre-tolerances over the entire system. 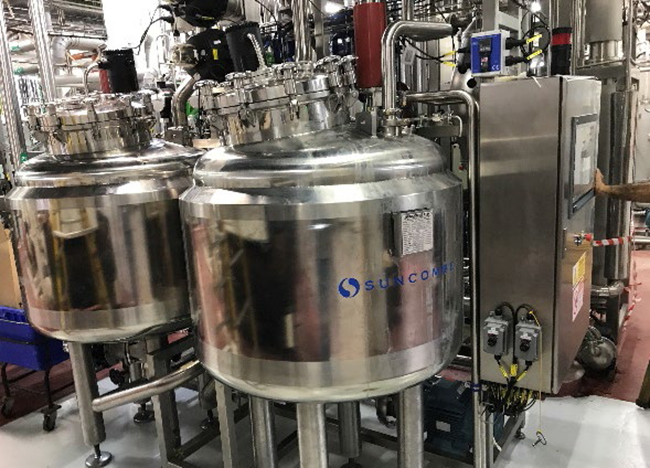 Steve Overton, technical director at Suncombe, commented, “We were delighted to be part of the
team for this project with Omrix – Johnson & Johnson. Using our 50+ years of experience of producing
Clean-in-Place systems, the team provided a state-of-the-art system. The project provided great
challenges for the whole team and I am proud to say that these challenges were met and exceeded.”

“The project goal was to get a new CIP system which complies to all current standards, and which would remove any risk of cross contamination between departments. We were also looking to save money on water and on chemical usage.

We checked several companies before talking to Suncombe, but all of them were very rigid regarding the project delivery, and basically were saying ‘this is the system, this is the timeline – take it or leave it’.

Suncombe were willing to shorten their timeline in order to meet our requirements, but they were very clear on what they could, and could not, do. It was very reassuring to discuss the project with people you could feel understood what they’re talking about; they’re not just trying to sell you stuff. It was very easy to communicate with them.

The timelines were kept, throughout the whole two and a half years of the project, and even when we added last-minute changes, Suncombe were very understanding.

Throughout the entire process of the design, the construction, the SAT visit, and their visits here, their communication was very open and very honest. They never tried to sell us things that we don’t need, in fact in some cases they said, “We can do it if you want, but we don’t think that you need it”.

Everyone in the company that I’ve been talking to are very professional, and if they are unsure of anything, they’ll say “I don’t know, I need to check”, which is a very rare thing to find.

We tested each skid at Suncombe, and then they helped us install and test the system on-site. We had two phases to the project: we installed one system, and the year after we installed the additional two, using Suncombe people here, and via remote support.

One thing we’ve seen with our water consumption is that very clear savings have been made. With the previous system we had times when production had to stop because we didn’t have enough water, but now this never happens.

The bottom line is that they are very friendly and very patient; it was always easy to discuss the system with them and it was a very, very pleasant environment to work in.

I think that they are one of the best companies I have ever worked with during my years as an engineer. ” 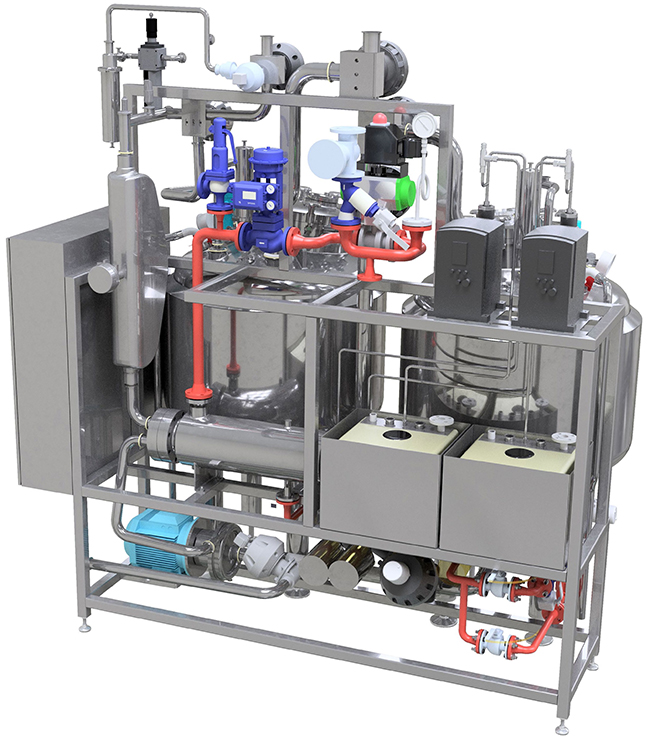 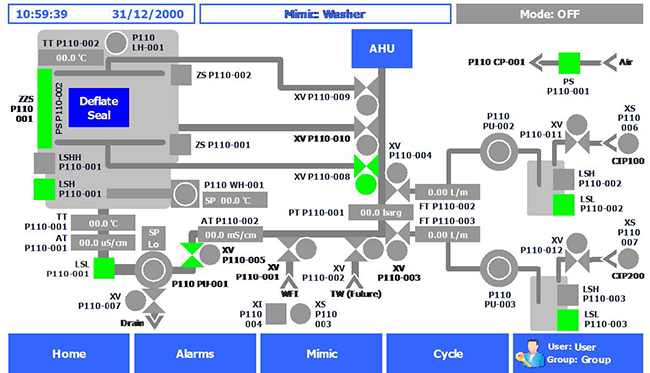 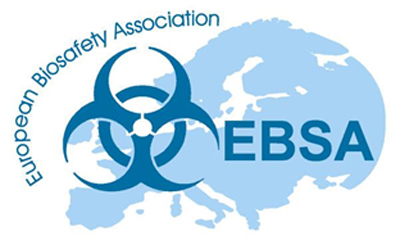